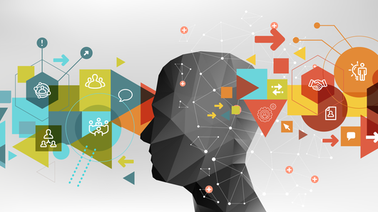 7 min read
Oftentimes, new graduate recruitment happens in predictable cycles on a recurring basis from year-to-year. During this time, many recruiters use this time to look back and reflect on the previous cycle. Common questions for review by recruiters include:

During the candidate selection process, recruiters must be able to objectively assess talent. In scenarios where recruitment targets are not achieved, hiring managers often try to analyze the root cause, but it can be very difficult to see the criteria and methods by which applicants were selected.

When recruitment targets cannot be achieved, it is difficult to step back and take a look at the candidate aggregation process. Failing to achieve the target tends to be the most visible consequence, but there are many cases where equally significant or more problems occur at various stages in the recruitment funnel.

Usually, this self-awareness gap indicates the presence of some level of unconscious bias, a type of cognitive bias that favors information which confirms your previously existing beliefs. Although unconscious bias differs from individual to individual in degree and nature, it is well-known that everyone holds some degree of bias at any given point in time.

Taking a specific look at talent acquisition, most recruiters tend to display one or more of the following types of unconscious bias at some point during the interview process: confirmation bias, halo effect, and similarity bias. Let’s examine each one of them in detail.

Confirmation bias is a type of cognitive bias that favors information which validates an individual’s previously existing beliefs or ideas. All of us are susceptible to this bias—our beliefs are often based on paying attention to the information that upholds them while simultaneously ignoring information that challenges these beliefs.

For example, imagine that someone holds a belief that left-handed people are more “creative” than right-handed people. Whenever this person encounters a left-handed person who is both creative and left-handed, they will place greater weight on this “evidence” that supports what they already believe. Furthermore, this individual might seek additional information which supports this belief while disregarding examples that don’t support the idea.

During interviews, we often falsely judge candidates by the quality and prestige of factors such as their academic background, speech, or unique professional/social experience. If the person interviewing such candidate also shares one of these qualities, they are more likely to extend such bias onto the candidate.

Since it is impossible to evaluate an interview candidate solely on one positive factor, the halo effect may blind an interviewer from recognizing significant negative characteristics. Moreover, this bias may lead them to falsely assess other important competencies/strengths necessary for the job which in reality are not required at all to excel in the position.

Similarity bias is a tendency to give favorable thinking to those who resemble ourselves. This should be a pretty intuitive concept to everyone--naturally, we want to surround ourselves with people who we feel are similar to us. We think that people who share our interests, our skills, our same energy will make us feel more comfortable, less vulnerable, etc.

However, in the recruitment process, this bias may skew perceptions of potential top-notch candidates. Recruiters may evaluate too sweetly if they see multiple point of “likeness” between themselves and candidates yet evaluate too strictly if there are numerous points of seemingly unpalatable differences.  It is easy for us to prefer those who are “on the same page with us,” but it is wise for recruiters and employees to keep in mind that hiring people only on the basis of whether or not we can “get along with them” is not a talent acquisition strategy. In fact, there is a growing body of literature pointing to the top-down impact diversity (in all its forms, not just nationality or ethnicity) can have on profitability and organizational performance.

What is the key to separating these biases from HR strategy?

We are all guilty of unconscious bias. Simply put, greater awareness and practical approach to dealing with the problem can help to overcome this workplace hurdle. It seems drastically simple, but one of the biggest and most time-consuming steps to overcoming unconscious bias is achieving this self-recognition, identifying the kinds of abilities and personalities we tend to value or devalue without us realizing.

For example, by interviewing a candidate alongside another interviewer and discussing both your individual assessments after the interview, it is obvious to see the differences between one’s own assessment and your partner’s assessment. Feedback from others is one of the most effective means for growing greater self-recognition.

Another potential solution involves the introduction of digital HR systems such as GROW360, a psychometric and 360-degree behavioral feedback evaluation system with data-analysis and bias correction by artificial intelligence. With digital HR systems, recruiters and HR leaders can visualize both candidate and organization competencies by objectively checking the abilities of candidates and interviewers. These kinds of technologies can give organizations powerful insights into the kinds of biases (unconscious or otherwise) which may be at play among the workforce.

Reduce opportunity loss during the candidate selection process with tools like GROW360.